Not all the pontoons have the exact same dimensions. So our Flootzer Pontoon Floats are often custom made. Extra buoyancy is provided due to our inflatable floats. It is possible to provide the pontoon floats of air continuously. Because of the high pressure on the floats extra air is sometimes needed. A big ammount of weight is normally used when our pontoon floats are needed.

Buoyancy was a big issue, because the safety of the players and visitors must be guaranteed. The pontoons were supporterd by extra buoyancy due to our inflatable pontoon floats. Our inflatable floats were used for extra buoyancy underneith the playfield. A lot of sand was used and because of the ammount of weight a safety factor was used. The pontoon floats did their job very well. Because the stadium was able to float, the World Championshop Beachvolleybal was a big succes. 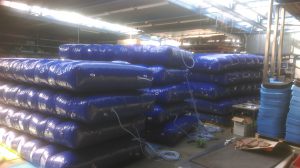 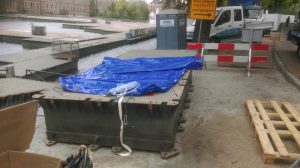 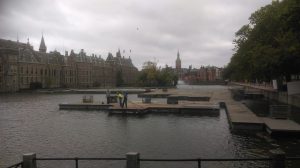